Blockchain 101 for Supply Chain and Logistics 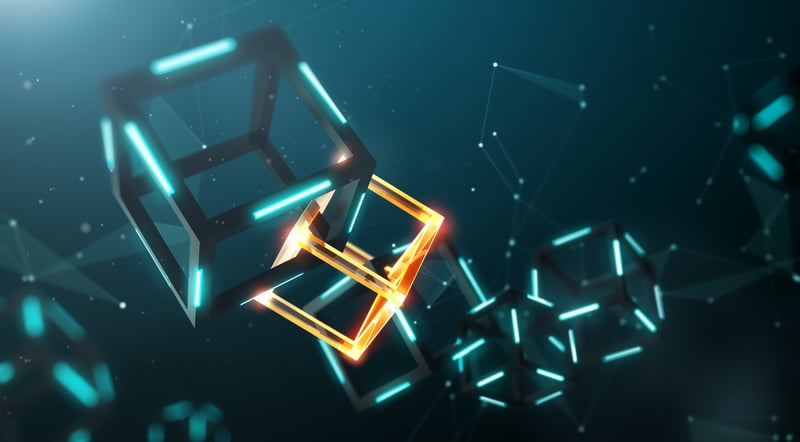 Blockchain has gained widespread popularity with volatile cryptocurrencies like Bitcoin. The creators of blockchains, also known as distributed ledger technologies, have claimed to be on the cusp of revolutionizing banking and finance. But how are these technologies impacting the supply chain industry?

First, we must understand what blockchain and distributed ledger technologies are.

A blockchain is a ledger that is maintained by many database servers instead of one. Parties on the blockchain network can see and submit transactions. Transactions are processed and audited across the network to ensure each one is valid and accurate. Once validated, transactions cannot be changed and are considered immutable. The history of all transactions is accessible to anyone with access to the network.

Many different companies across a variety of industries have found use for distributed ledger technologies. Here are just a few examples of how blockchain technologies could impact everyday life:

Blockchain in the Supply Chain

In our experience, a non-negligible number of freight invoices contain errors. Errors in critical documents can result in postponed unloading times, which in food industries can be difference between fresh produce and tons of wasted food. Tracing the authenticity of a product is a key driver of value in a market.

As another example, counterfeit goods can threaten brand image for luxury goods or cause health crises for adulterated foods and drugs. According to the Organization for Economic Co-operation and Development, counterfeit goods account for over $450 billion in trade annually. Several blockchain projects are specifically targeting this issue and aim to bring transparency to global supply chains.

IBM has spearheaded blockchain projects in the supply chain industry, it’s most notable partnerships are with Walmart and Maersk.

Walmart is addressing issues of food safety while tightening control over its supply chain. It’s blockchain initiative to trace food products includes partnerships with Dole, Driscoll’s, Golden State Foods, Kroger, McCormick and Company, McLane Company, Nestlé, Tyson Foods, and Unilever. In Walmart’s trial they were tasked to trace a package of mangos back to its original source using current methods and then using their blockchain application.

The original methodology, which involves manually collecting paperwork through the various stages of the supply chain, was able to find the source of the mangos in just under seven days. Their blockchain application completed the task in 2.2 seconds. The blockchain trial was not only successful in demonstrating food safety and compliance, but also to improve on its operations. During the mango test they discovered a three-day delay in the transit between facilities. Understanding where these delays occur helps Walmart streamline their supply chain and to provide the freshest quality product for the customer. Walmart plans on expanding the program in the US and China as an effort to increase food safety and streamline their supply chain.

Maersk’s partnership with IBM is testing a blockchain solution powered by Hyperledger, to digitize and simplify the enormous amounts of paperwork that is associated with international freight shipping. There are significant costs associated with this paperwork - the World Economic Forum estimates the cost of process trade documents can cost up to 20 percent of the shipping costs.

Creating a comprehensive digital system, like the Hyperledger blockchain, is a $250 billion in cost saving opportunity as estimated by the United Nations. Access to shipping information and documents across the supply chain not only provides increased visibility, but also new ways to do business.

Smart contracts are an embedded feature of many blockchains and can automatically trigger payments once certain conditions are met. The possible applications of smart contracts are only limited by data in the system; meaning payments (or any tracked asset on the blockchain) can be distributed in part or in full, across any time-period or other combination of data.

While blockchain adoption is increasing, there’s still a long way to go before it becomes standard – if it ever gets there. There are a wide variety of factors that play into people holding off on blockchain technology:

Conclusion: The Future of Blockchain

The Gartner 2018 CIO Survey shows that while two-thirds of CIOs have some interest in blockchain, only 1% have implemented, or invested in, blockchain, and 22% are in the short-/medium-term planning or experimenting with stage. (Gartner, Blockchain-Based Transformation: A Gartner Trend Insight Report, Rajesh Kandaswamy and David Furlonger, March 27, 2018)

As blockchain technologies continue to be adopted, they will have a greater and greater impact on the supply chain industry. We’ll make sure you stay updated on what this emerging trend can mean for your business.

Ready to make improvements to your supply chain? Let's have a conversation!

Supply Chain Network Strategy as a Process Instead of a Project