News about minimum wage increases and pay issues made for prominent news during the month of February throughout the retail industry and beyond. Last week, the CEO of Costco announced increasing its hourly minimum pay to $16 starting in March 2021 for its U.S. store workers. This wage increase continues a trend from 2019 when it raised hourly pay to $15. Costco employs 180,000 U.S. workers with the average tenure being over nine years and 60 percent greater than five years for its U.S.-based workforce.

In mid-February, Walmart announced it would be raising pay for 425,000 U.S. workers, raising its average hourly pay rate to above $15. Walmart is the largest US employer with over 1.5 million workers and its starting pay will remain at $11 per hour. The CEO of Walmart will continue to raise their minimum wage with pay increases tied to store location, employee role and tenure, with the goal of creating a career path for all Walmart employees.

Retailers Battle to Set the Bar

Costco is setting the bar high against its major rivals of Amazon, Target and Walmart in the ongoing issue of providing affordable wages for their associates. Amazon and Target had previously both increased wages to $15 per hour, but now they find themselves behind Costco.

With compensation being one of the primary reasons for employment, this move should help Costco in attracting talent and retaining their existing workforce, especially in markets where they find themselves competing against their retail rivals, as the call for raising the national minimum wage gains momentum in Washington D.C.

The Role of Employee Turnover in Wage Increase

As the battle for talented blue-collar workers and automation of stores and distribution centers continues to grow, keep an eye out for announcements for major retailers that are continuing advancements in total compensation throughout the coming months.

Let’s have a conversation™ about enVista’s workforce management and operational improvements solutions that can enhance your supply chain operations. 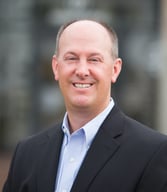 Your Guide to Supply Chain Network Design: Key Factors for a Competitive Advantage

WMS vs. WCS vs. WES: Which Is Best For Your Business Needs?

The Role of a Warehouse Management System: Understanding WMS Benefits, Features and Implementation